It was a brilliantly hot sunny day in Hong Kong – perfect weather for my first tasting of wines from Japan, a wine producing region I know very little about. 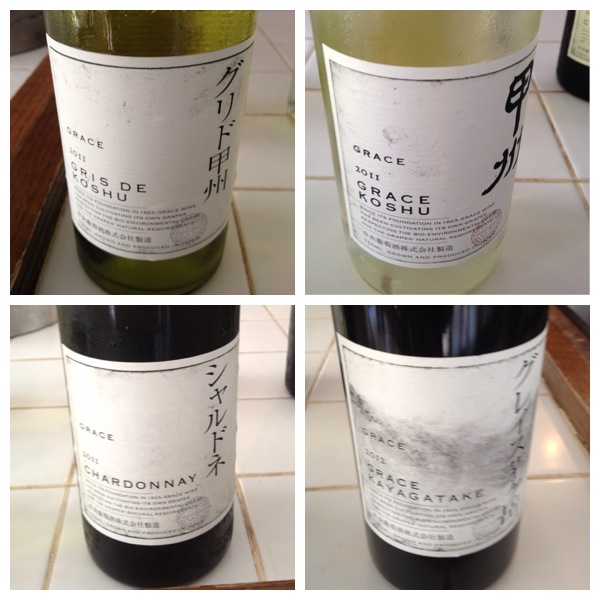 Grace Wine of Japan with Northeast Wine & Spirits presented a tasting of two wines made from the Koshu grape, a Chardonnay and a red blend. We were very fortunate to have the charming Ayana Misawa, chief winemaker at Grace Wine, with us to present the wines. 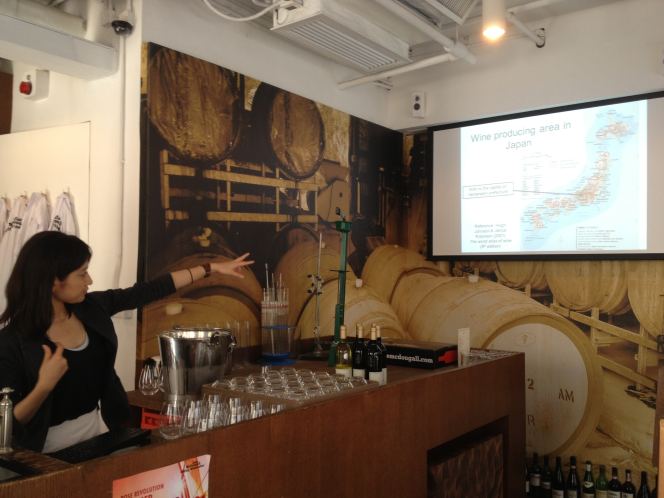 Located in Katsunuma [1] in the Yamanashi Prefecture, Grace Wine was founded in 1923 and has remained a family run winery since inception. Ayana Misawa, the fifth generation of this family works alongside her father Shigekazu Misawa and together they have been instrumental in bringing the Koshu grape to international attention.

Katsunuma lies north of Japan’s highest mountain, Mount Fuji, which acts as a shelter from the rain providing the region with comparatively low rainfall. The Yamanashi Prefecture is landlocked and the wineries in Katsunuma enjoy long hours of sunshine and a wide diurnal temperature range (i.e. the difference between temperatures during the day and at night). These conditions are ideal for wine grape growing and Katsunuma has over 90% of the Koshu wine production in Japan [2].

The Koshu grape produces berries of a pink, grey colour and was first cultivated in Asia Minor more than 1,000 years ago. When winemaking began in the late 19th century in Japan, Koshu quickly became the most widely used grape.

Delicate notes of white flowers, golden delicious apple and white peach together with spicy notes of white pepper were my first introduction to Koshu. The Gris de Koshu was fresh and crisp but also moreish – the kind of wine you not only want to drink more of but that immediately makes you think of all the foods it would go with. Flavours of white peach, fresh snow pea and white pepper finished with a racy acidity. This would match perfectly to barbequed or steamed white fish – delicious!

The Koshu 2011 is comparatively more refined where the aromas and flavours are a touch more subtle and integrated. The white pepper is less prominent on the nose and the palate, where citrus notes sit alongside sweet honeysuckle and peach.

Interestingly the Gris de Koshu is the entry level wine and is bottled under cork while the Koshu 2011 is from the premium collection and is sealed under screw cap. When speaking with Ms Misawa about this she confirmed that the clear preference for the Japanese consumer is to have a wine under cork. Presumably a screw cap is used for the premium collection to ensure the delicacy and freshness of the Koshu is maintained, while acknowledging that the typical consumer of this level of wine might be more accepting of a screw cap.

For my first taste of wines from Japan I would rate it as highly successful. With the summer months upon us I foresee more than a bottle or two of Koshu being consumed in our household. Fortunately Wine’N’Things have both the Gris de Koshu and Koshu 2011 available and for those of you not in Hong Kong you can find a list of distributors here.

Pale lemon colour. Aromas of white flowers, white peaches and golden delicious apples. On the palate a medium body and medium plus acidity with flavours of white peach, fresh pea and white pepper.

Pale lemon green colour. Aromas of ripe white peach, lemon and honeysuckle with a hint of white pepper. On the palate a medium minus body with medium plus acidity and flavours of lemon, white peach and subtle notes of white pepper.

Where can you get these wines?

1. On November 1 2005 Katsunuma was merged with the city of Enzan and the village of Yamato to form the city Kōshū. Wikipedia: Kōshū, Yamanashi

Bush fires are creating havoc for wine producers around the globe. Unsurprisingly Australia is a leader when it comes to research and strategies for managing bush fires. In this article for @grape_and_wine I speak with Dr Ian Porter about his research and work to create an early smoke detection network in Victoria, Australia. I also review the recent climate forecasts for New Zealand and consider the future fire risks faced by the industry. Link in bio.
Wine Folks!
Do you drink wine in a can? In my latest article with @grape_and_wine I review the technology and research that is making it easier to put wine into a can, alongside the many benefits of using this packaging. Link in bio. #environment #sustainability #recycling
Exploring the Macedon Ranges region
When I arrived in the world, vines around the world were not exactly enthusiastic – 1970 was a tricky vintage in many of the world’s great wine regions, except, rather serendipitously, in one of my favourite countries. The two Spanish wines I celebrated the beginning of my birthday festival with are from Rioja and both were wonderful. The Berberana was elegant and refined, comprising finely hewn tannins, red fruits and dried rose petals, while the plump dark fruit, cigar smoke, leather and spice of the CVNE provided a generous counterpoint. What an absolute treat to experience them both with my favourite human and dear friends – thanks again to @thespanishacquisition for the wines and to @pretty_peonie for surrounding us with breathtaking floral delights! #thebirthdayfestivalbegins
Looking forward to chatting with @sarahandrewwine about all things Hawke’s Bay, wine and WSET - join us on Monday at 4pm AEST via Sarah’s Insta Live.
2050 is the target for net-zero carbon emissions in New Zealand and Australia wine industries. In my first article for @grape_and_wine, I investigate the potential benefits of using biochar in the vineyard. Get your wine geek on and have a read! Link in bio.
Luna Park St Kilda
Bodegas La Callejuela, Manzanilla Almacenista Macharnudo 2015 is deliciously plump and generous, and packed full of almond, citrus, sourdough and olive brine flavours. We paired this dry Sherry with a bunch of tapas – sardines, olives, grilled prawns and a fresh tomato salad – and it was an impressive partner. Thanks for the recommendation @thespanishacquisition!
Australia Cabernet Sauvignon Cape Town Central Otago Champagne Chardonnay Chile France Hawke's Bay Hong Kong Italy Marlborough Melbourne New Zealand Pinot Gris Pinot Noir Riesling Rosé Sauvignon Blanc Shiraz South Africa Syrah Waipara Wine Yarra Valley