Founded in 1811 by Pierre-Nicolas-Marie Perrier and his wife, Adèle Jouët, the Champagne House Perrier-Jouët has arguably created one of the most recognisable bottles of champagne – the Belle Époque. As you might imagine, I was just a wee bit excited to receive an invitation to attend a tasting to celebrate the launch of the 2006 Belle Époque with exclusive distributors, Pernod Ricard.

Emile Gallé was the artist and glass designer who created the anemone that would later come to symbolise the House of Perrier-Jouët. By the late 1890’s Gallé enjoyed an international reputation for his style of glasswork, which focused on naturalism and floral motifs. Considered a central member of the Art Nouveau movement, Gallé founded École de Nancy in 1901 and today many of his works can be seen at the Musé de l’Ecole de Nancy. The other major collection of not only Gallé’s work but the works of other Art Nouveau artists, is the Maison Belle Époque in Epernay, the private chateau of the Perrier-Jouët family which houses one of the world’s foremost collections of art from this period.

Although Gallé designed that famous anemone in 1902, just two years before his death, it wasn’t until 1964 that the design first appeared on a bottle of Perrier-Jouët – the first vintage of Belle Époque, and as the company says “thus was born the partnership between Art Nouveau and the House.” 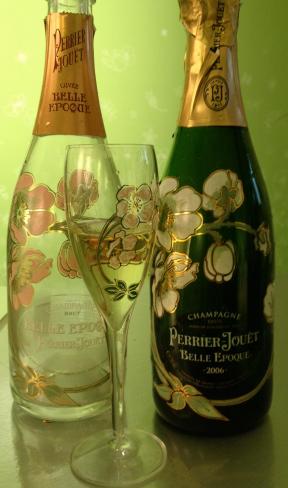 In thinking of the relationship between Perrier-Jouët and art it is perhaps not surprising to read of a number of artistic collaborations over the years, including the commission of an exclusive new work inspired by Art Nouveau at the upcoming Design Miami/ in December 2013. And in a nod to both the original design and the fact that the anemone is a Japanese anemone, Japanese floral artist, Makoto Azuma, created a work that appeared on the white box set and bottle of a limited edition of the 2004 Belle Époque.

So on a rather gray and rainy afternoon in Hong Kong we entered an enchanted garden wonderland to taste both the 2006 Belle Époque and the 2004 Rosé.

On hand to lead us through the tasting was the charming Hervé Deschamps, the seventh Cellar Master at Perrier-Jouët. After serving a ten-year apprenticeship alongside André Bavaret, M. Deschamps assumed his current role in 1993.

With a blend focused on the Chardonnay grape it is not surprisingly to note Perrier-Jouët own large holdings in the Cote des Blancs villages of Cramant and Avize. To complement the Chardonnay, Pinot Noir is added to enhance the structure of the wine while a touch of fruit comes with the addition of Pinot Meunier.

My first experience of the 2006 Belle Époque was a mesmerising stream of delicate bubbles in a beautifully crafted glass followed by a creamy yet delicate mousse on the palate. Flavours of green apple – both fresh and reminiscent of Tarte Tartin – white peach, honey and brioche continued through to a finish of almonds. 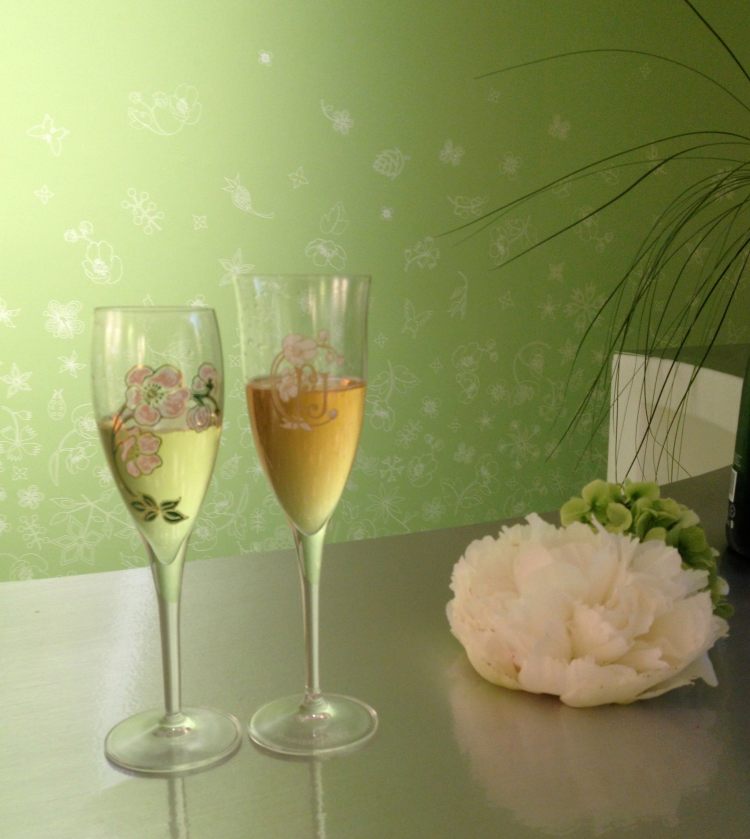 A new Champagne and of course, a new glass – sporting a different version of the anemone – and we were on to tasting the 2004 Rosé. This is made by blending a portion of Pinot Noir to the white wine, which imparts not only colour but also a different aroma and flavour profile. Here we had a delicate salmon coloured Champagne with aromas and flavours of red fruits together with the subtlest notes of forest floor and then finally a whiff of spun sugar. While there was the structure one might expect with the dash of Pinot Noir being added, the wine was not only elegant and delicate but it seemed to disappear all too quickly from my glass!

After three days in Hong Kong, M. Deschamps had two more brief stops, China and Japan, before heading home to tend to his wines and the all important role of weaving the latest vintage into the work of art that is the House of Perrier-Jouët.