This past week included two national holidays for Hong Kong; Mid-autumn Festival and National Day. In light of this we decided to head away for a week and with our time in Hong Kong coming to a close in the next couple of months we decided to visit South Korea before we moved back to Australia.Our trip started in Seoul at the Westin Chosun which was excellent. Although we didn’t eat at the restaurant there I must admit to being entranced by the wine cellar – much of which was on display. It is now that I should probably confess I am not much of a beer drinker, which is not a great thing as you travel throughout Asia.

Not only am I not a big beer drinker but I’m rather fussy about spirits, keeping it to just gin and whisk(e)y. The clue is in the Happy Wine Woman moniker!

Having said all of that I can wholeheartedly recommend the Magpie Brewing Co. The beer selection here is excellent and they even have a branch down in Jeju Island, which was to prove a saviour later in the week!

There are plenty of things to do on Seoul but, perhaps rather unsurprisingly for mid-autumn festival week, many things were closed. Nevertheless we managed to fit in a couple of palace visits, both of which I would recommend; Gyeongbokgung Palace and Changdeok Palace. Wandering around Bukchon Hanok Village and the alleyways of Insadong is also great fun and it was in these alleyways we had a pretty tasty lunch of bibimbap and kimchi pancake. 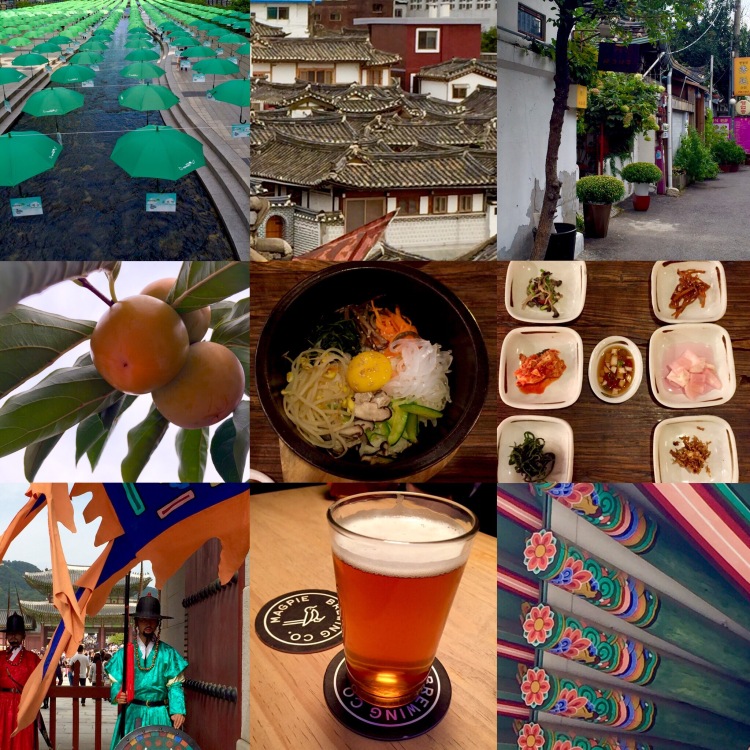 Fortunately the Bouquet Wine Bar was open during our time in Seoul. Run by Brian Lim who has qualifications from both WSET and the Court of Sommeliers, the wine list is good, as was his recommendation for the evening. And the steak is expertly cooked!

Breaking up our week was a short flight to the UNESCO World Heritage Site of Jeju Island. We had timed this perfectly, for the driest season and the best possible time to visit and enjoy the multitudes of walks through stunning natural parks. That was until a late season typhoon hit the region bringing a complete deluge for the best part of the two days we visited.

We did manage to see the Cheonjeyeon Falls which were lovely but all trail walking was suspended due to flood warnings and low visibility.

Happily for us a rather tasty steak barbeque followed by an unbelievably fabulous mango dessert helped manage our disappointment. 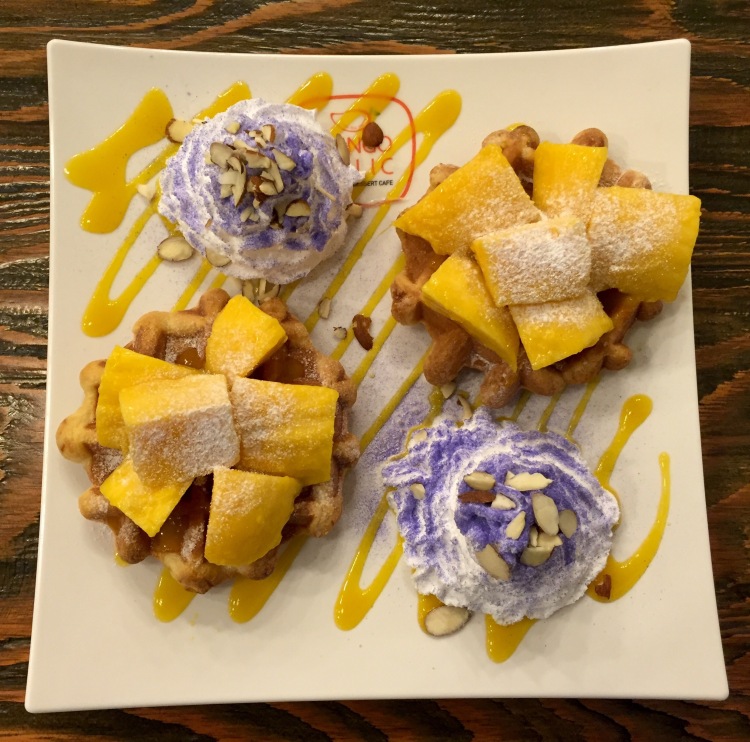 When in Rome drink like the Romans, which if we were in Italy I would be fine with, but not being a fan of soju left me with few options in Jeju. However I can recommend the cocktails at Island Stone, I can tell you we never found Harry’s Pub (I suspect it has closed), the Magpie Brewing Co. in Jeju is just as good as Seoul and the evening spent drinking wine at La Vie was really rather agreeable.

Tomorrow it’s back to Seoul for a few more days before returning to Hong Kong. Fingers crossed the torential rain doesn’t follow us …

2 thoughts on “My week in South Korea …”